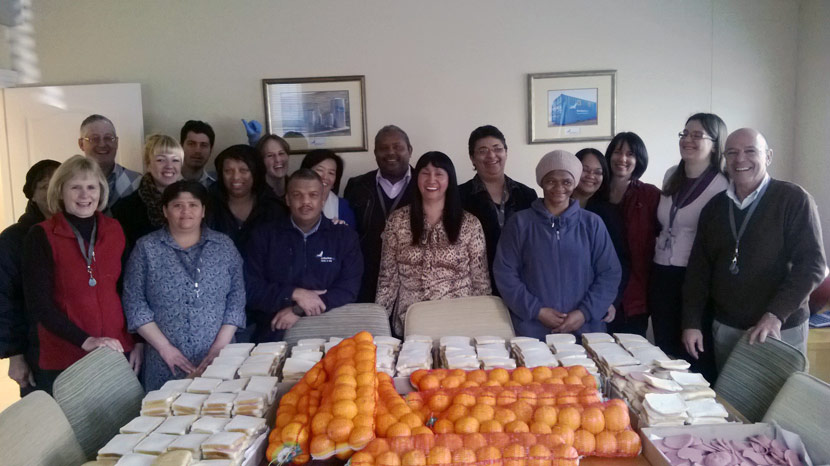 Being Mr. Mandela’s 95th birthday on 18th July 2013, Intaka Tech celebrated Mr. Mandela’s unique contribution and legacy by spending 67 minutes making sandwiches to donate to the children’s feeding scheme at the Westlake United Church Trust. Intaka Tech kindly donated sandwiches as well as oranges to the 250 children from the feeding scheme. Willing staff members donated their time in helping to make the sandwiches. A sandwich production line was formed, tasks were delegated and many laughs were shared. This was a strong team effort indeed.

Intaka Tech ended up making 320 sandwiches and donating well over 250 oranges for the children in this feeding scheme. A few staff volunteers then took the sandwiches and oranges and dropped them off at the feeding scheme in Westlake, so that they could be handed out to the children later that afternoon. It was all round a lovely experience – one which would not have been made possible without the donations in terms of money and kind from Intaka Tech and the staff.