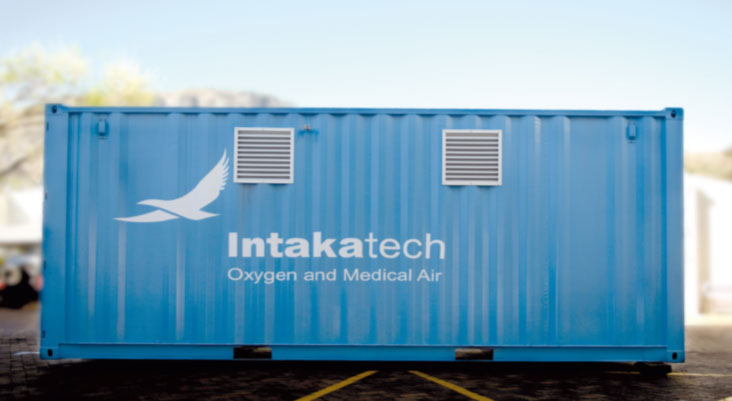 Intaka supplied and maintained 23 GGS units at various hospitals in Kwazulu-Natal. Upon termination of the initial agreement, ownership of 23 GGS units installed at the Hospitals was transferred from Intaka to the Client. A GGS unit had previously been installed at Rietvlei hospital under a separate agreement, where ownership remained vested with Intaka. During such time, the GGS units supplied sufficient medical oxygen and medical air to meet the Hospitals’ requirements.

In October 2015 the Department of Health appointed Intaka as its sole and exclusive service provider for these 23 GGS Units, and it was agreed to pass ownership of the Rietvlei GGS to the Department. Intaka signed a maintenance and service agreement with the DOH KZN for the period of 3 years.

On the start of the maintenance contract, Intaka Tech dispatched 3 teams of technicians to fully service each GGS Unit ensuring that all 23 GGS Units are back on line to supply each Hospital with medical oxygen. Intaka has two full time staff in Kwa-Zulu Natal executing the maintenance activities.