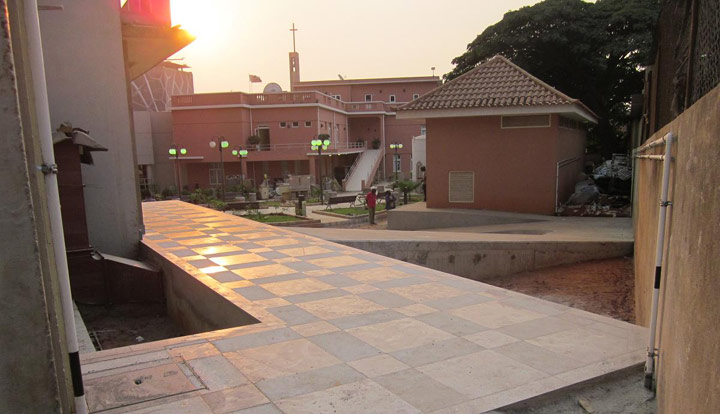 At Maternidade Lucrecia Paim, a maternity hospital in Luanda, capital of Angola, an average of 150 babies are born a day during summer. This average drops to 70 babies per day in winter. It goes without saying that this facility’s oxygen supply should be efficient and effective enough to accommodate this volume. Sadly, for the past 2 years the hospital has had to rely on the use of oxygen cylinders to replace its malfunctioned Pressure Swing Adsorption Oxygen System (PSA) installed by a European company.

This has created untold challenges for the medical board and exorbitant expenditure for the purchase of bulk oxygen and cylinders. In October 2011, in line with Angola’s ongoing quest to rehabilitate its health care services, quality award winning South African company Intaka Tech and Angsam which is Intaka Tech Angolan partner, was called in to identify the problems, find solutions and ultimately improve the systems and facilities in a cost effective manner.

After an extensive investigation by Intaka Tech’s technical team, lead by Celso Dos Santos, Head of the Gas Department, a two phase approach was proposed. Dos Santos, says: “To remedy the present situation, the 1st phase would involve installing a medical pipeline connecting the hospitals main supply. This would then supply medical oxygen and medical air from the current PSA system which would become the primary supply for the hospital. A full maintenance check of the PSA’s systems and both compressors currently installed would be conducted. New control systems which include GPRS (Remote control of all parameters of the system), an Oxygen Analyzer, a Flow Meter, a Flow Control Valve and a Bacteriological Filter would also be installed.

Once that has been completed and systems are operational at acceptable levels, the 2nd phase would follow. This includes the installation of two brand new PSA Concentrators (Model 050). These units each produce 18 cubic metres per hour of oxygen, and by using these units in conjunction with the current air compressors already in existence, would produce 35% more oxygen than the current system (this is due to Intaka Tech’s latest GGS technologies). A backup system in the form of a brand new oxygen filling compressor with a capacity to fill 8 – 12 oxygen cylinders per day would also be installed.”

It was then with much pride, that in May 2012, Intaka Tech received the go ahead to proceed with Phase 1 and 2. Phase 1 was completely in July 2012 and the hospital, to the relief and delight of hospital staff and the medical board, was fully operational.

Phase 2 should be complete by September/October 2012. This will ultimately lead to the complete elimination of cylinders being purchased, allowing the hospital to produce their own gas, fill its own cylinders and distribute medical gas to all areas in the hospital.

Intaka Tech has over the past 5 years, more than 80 systems running in countries like South Africa and Namibia. With the professional expertise and the growing track record of Intaka Tech in Africa, the medical board of Maternidade Lucrecia Paim, by engaging with Angsam and Intaka Tech, has without doubt, proven success in all areas. Intaka Tech is confident that they have the solutions for many crises in other medical facilities throughout Africa.