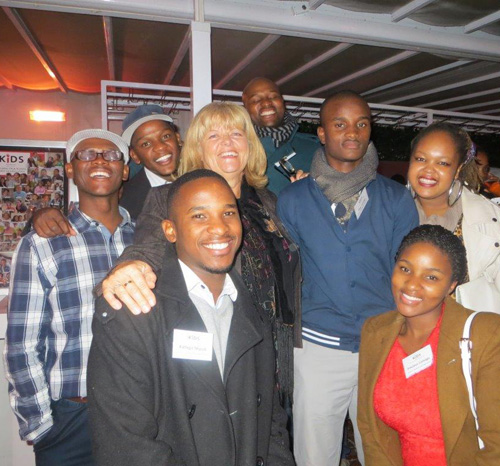 On 17th November 2013, Intaka Tech made an initial donation of R25,000 towards a Scholarship for The KiDS Foundation. The deserving candidate commenced Grade 8 at Wynberg Girls’ High School in January 2014.

The KiDS Foundation was established in 1994 by an educator, Tessa Smit, and a business man, Ian Kilbride. Intaka Tech was so pleased to receive an invitation to attend their 20th birthday celebration on 15th May 2014 at the Rose Bar situated in the Alphen Hotel in Constantia. Unfortunately the CEO was away on business and could not attend. The COO and the Human Resources Manager were honoured to attend on behalf of Intaka Tech.

It was a lovely occasion. We were treated to sparkling wine and delicious snacks. Shortly after we arrived, the Scholar Facilitator, Tessa Smit, Scholar Administration, Lynne Munnik and the Chairman, Ian Kilbride, all thanked The COO and the Human Resources Manager for Intaka Tech’s contribution and support. Ian Kilbride, Tessa Smit and a KiDS Foundation Scholar all spoke so eloquently. The speeches were truly inspiring. Evidently, The KiDS Foundation has been instrumental in changing so many people’s lives for the better since 1994.

Intaka Tech is proud to support such a worthy organization. Intaka Tech believes that bettering one person’s life through education has a significant impact on the community. Intaka Tech aims to continue doing so.